After more than 10 years of hosting the annual Schools Recycling competition with the generous support of its members, close on 50 schools participated by collecting and sorting recyclables, with the top five schools receiving cash prizes.

After careful discussions, it was decided that the focus with our education awareness with our youth should shift from not only to recycle, but to create awareness towards a circular economy under the banner of “Rethink Tomorrow”.

The idea is that Rubbish Ronnie will encourage our youngsters with song and dance to learn more about the 7R’s. Participating schools will be tasked to see what their own challenges are, and to come up with possible solutions, giving a new angle to consider how to deal with waste within your own communities.

Teaching should be fun and the idea is to do so by singing and dancing to the Rubbish Ronnie song, and to submit this to the RNF. The footage will be shared on social media platforms, and it is envisaged to reward the top / favourite dance sequences with prizes sponsored by our RNF members. Schools will also be invited to create their own board games, incorporating the challenges they face within their own communities, together with their proposed solutions.  This component will leave a fun legacy with the schools.

Rubbish Ronnie has been made possible by the generous donation from Pick n Pay Namibia, where a certain portion of each shopping bag sold country-wide was allocated to the RNF for the purpose of launching a new youth education programme.

The project was conceptualized by the BrandX team in Windhoek, and from the outset it was a given that as far as possible, it was to be Proudly Namibian. The mascot was thus designed and built here in Windhoek. Well-known local musician DJ Castro, then came on board composing and writing the catchy Rubbish Ronnie song. The production of the music and filming of the footage was all done locally, and here one of the top schools in our previous Recycling competition, Cimbebasie Primary School, joined the initiative to showcase the dancing sequence together with the mascot and the musician.

The concept of Rubbish Ronnie has a broad appeal, in that it can be used across Namibia, whereas the Schools Recycling competition was limited to towns where recyclables could be collected. We also believe that moving away from focusing primarily on recycling, the overall awareness of the impact of our actions on the environment will be better served once one rethinks tomorrow.

Whilst the project is still in the infancy stages, the Rubbish Ronnie team is hard at work to see how best we can promote and share the Rubbish Ronnie message, notably take the concept and message to all 14 regions within Namibia.

It is also envisaged that Rubbish Ronnie is to donate a yellow wheelie bin at the first schools he will visit as a reminder that “Rubbish Ronnie was here” and the message he conveyed.

Further information and details will be shared shortly on social media and on our website, so that we can make 2023 the year that Rubbish Ronnie and his powerful message to our youth, reaches as many young Namibians as possible. 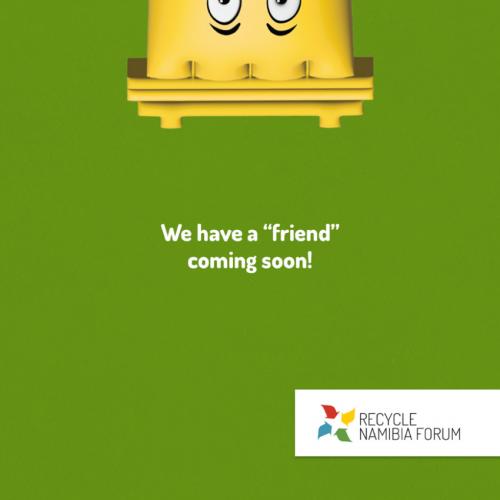 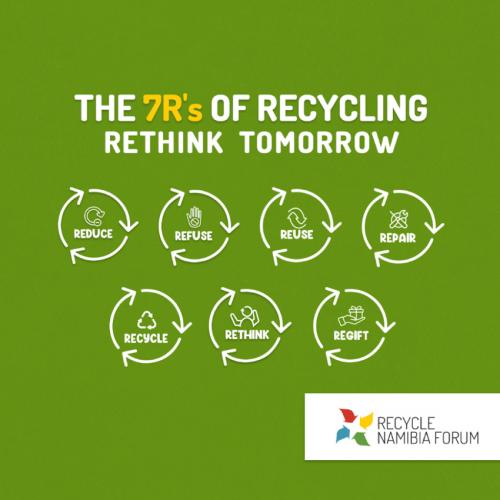 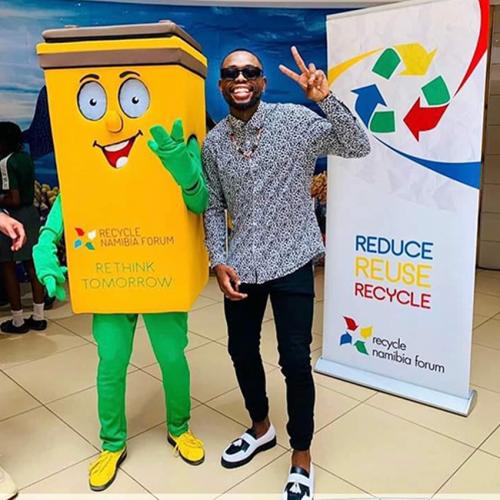